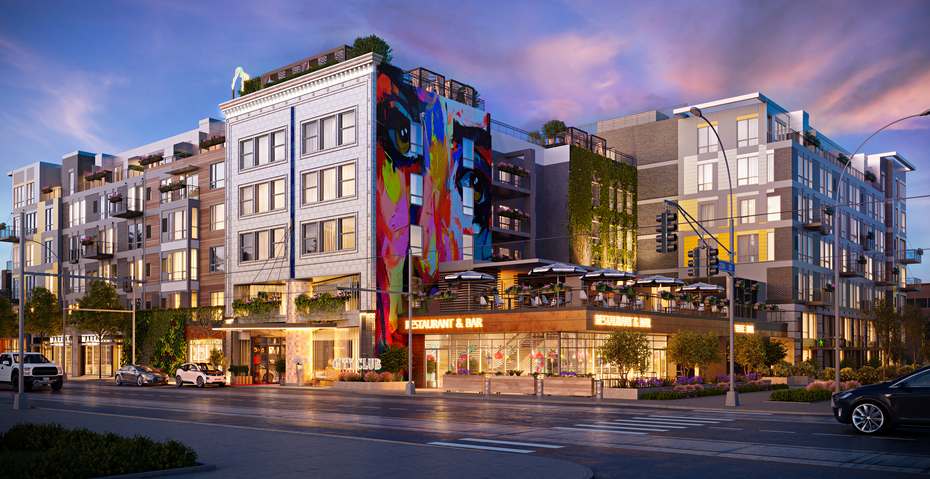 Courtesy of Hotel Kansas City and the Town Company

Two of Kansas City’s biggest-name culinary talents have been recruited to partner on a couple of big downtown/Crossroads developments, including a luxury apartment complex and a trend-forward hotel concept (cactus! vintage things! beautifully rehabbed downtown location!). While these deals likely have pre-pandemic roots, these projects represent some shifts in Kansas City’s restaurant industry. Local talent here helps market new projects coming from national and international companies, and that talent gets to explore new avenues without the burden of the worst aspects of restaurant ownership—construction, financing, permitting, and so on.

Anyway—the fun part. The centerpiece new restaurant at the soon-to-open Hotel Kansas City (downtown at 128 West 13th Street) is helmed by chef Patrick Ryan (Port Fonda). Named the Town Company, the concept is regionally focused with a “vintage feel,” and will feature an open hearth and Kansas City specialties, including smoked meats, steaks, and chops, along with seasonal local produce and ferments. A basement cocktail bar with pool tables, shuffleboard, and a live music stage, El Gold, is also part of the rollout, with Ryan also behind much of the planning and design. Both the Town Company and El Gold will be managed by industry veteran Scott Tipton (Julep, Manifesto, the Savoy), who is also designing the cocktail programs for both. The hotel, the Town Company, and El Gold should open within about a month.

News also dropped late last week that chef Howard Hanna will be opening two new restaurants at City Club Apartments (conveniently across the street from Hanna’s restaurant, the Rieger, at 1989 Main Street). City Club Apartments develops, owns, and operates expensive-sounding “apartment, furnished short-term and penthouse mixed-use communities” in about 30 cities. The yet-to-be-named concepts include an upscale take on a diner, as well as a natural wine bar that will serve small, shareable plates. It is a much trendy™ thing, that is, if trendiness is still a thing in 2020. It is also a somewhat symbolic return to a more “normal” routine for Hanna, who spent several months helming the Crossroads Community Kitchen out of the Rieger. These new spots will open some time in 2021.