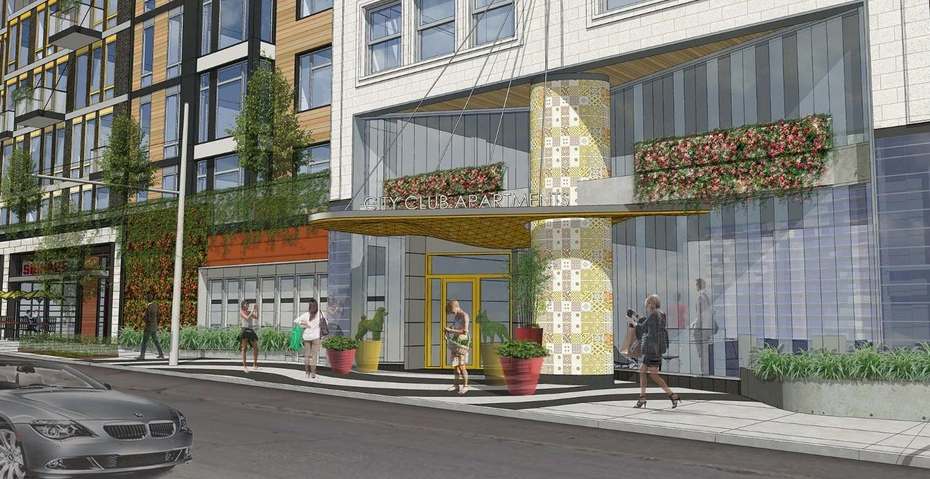 A $75-million luxury apartment project in the Crossroads Arts District is moving closer to fruition, The Kansas City Star reports.

City Club Apartments LLC, which is led by Detroit-area developer Jonathan Holtzman, announced this week that construction is slated to begin in June, which will add 280 apartment units, a 290-space parking garage, restaurant space and 10,000 square feet of retail on the site where Hereford House once stood. As part of the project, the developer is revamping the vacant Midwest Hotel, a five-story building at 1925 Main St. Although the structure has had some recent fires due to trespassers, the renovation project will continue. Residents could move in as soon as next summer. 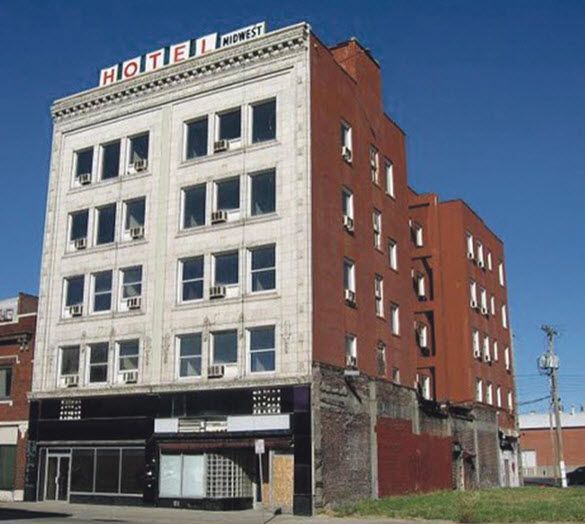 This 2013 file photo shows the vacant Midwest Hotel, a historic five-story structure at 1925 Main St., that will be preserved as part of the project. 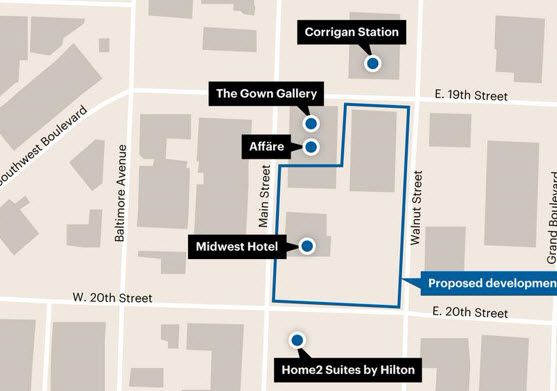 Michigan-based City Club Apartments LLC will redevelop the block between 19th, 20th, Walnut and Main Streets, except for two buildings at the northwest corner that house The Gown Gallery and Affare. 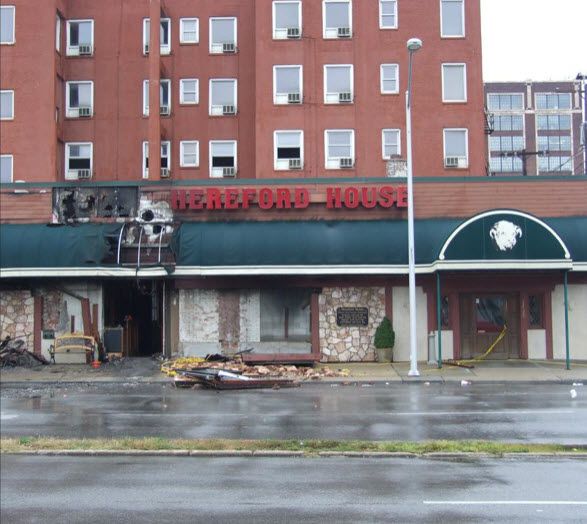 This October 2008 photo shows the fire-damaged Hereford House, 2 E. 20th St., and the buildings surrounding it in Kansas City's Crossroads Arts District. The building has since been demolished and is included in the redevelopment. 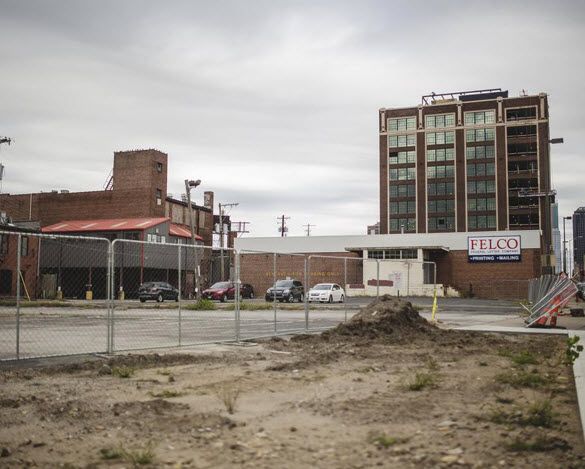 The 10-story Corrigan Building, 1828 Walnut St., sits adjacent to the land that City Club Apartments LLC overlooks the new redevelopment site, which includes this site where Kansas City's Hereford House used to stand. Corrigan Station is going through its own $50 million redevelopment into office and retail space. 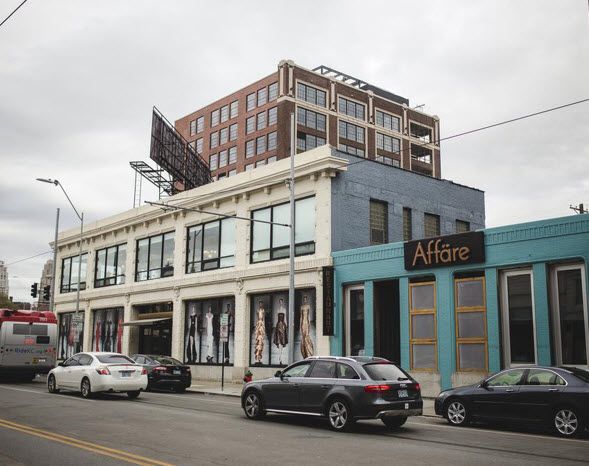 The Gown Gallery and Affare (pictured) are not part of the properties that City Club Apartments LLC plans to purchase. 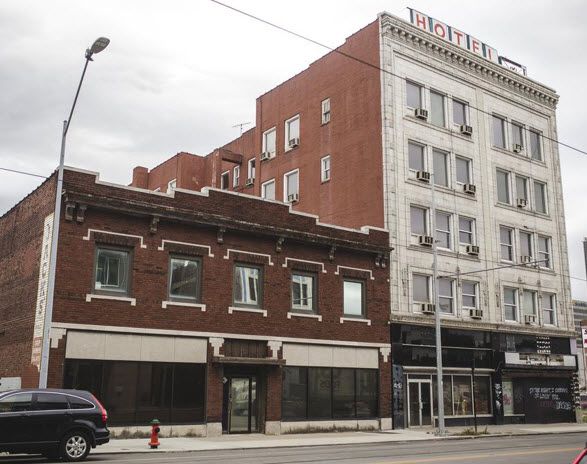 While the Midwest Hotel (right) will be preserved, the rest of the buildings on the Crossroads Arts District site will be replaced. 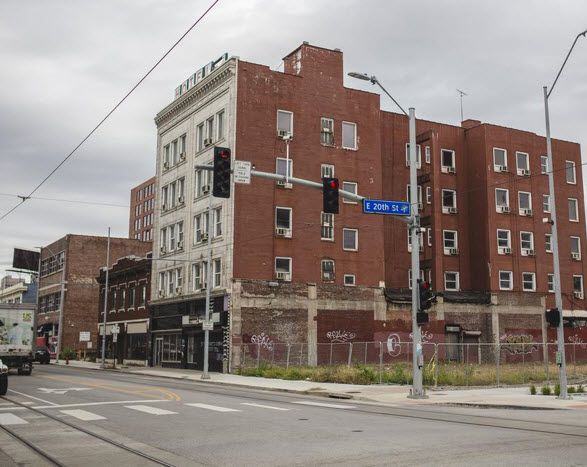 The vacant Midwest Hotel will house most of the amenities for the new apartments, including a rooftop pool. 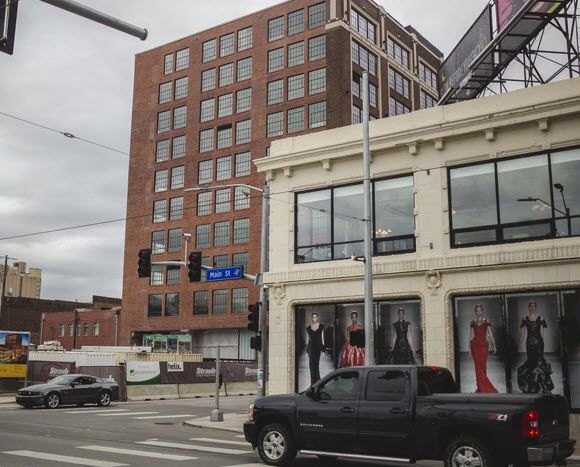 Except for the buildings that The Gown Gallery and Affare occupy on the northwest corner, City Club Apartments LLC plans to buy all of the other properties on the block between 19th, 20th, Walnut and Main streets. 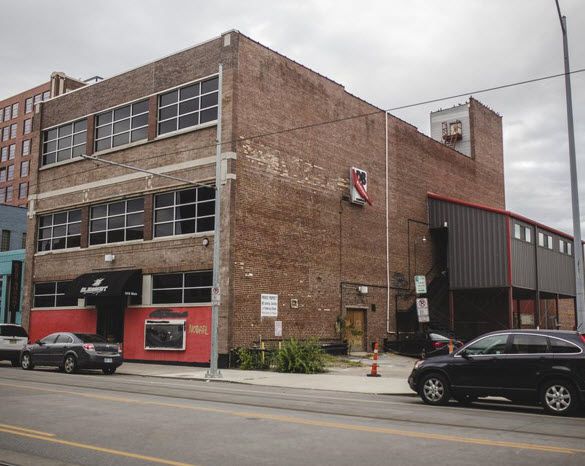 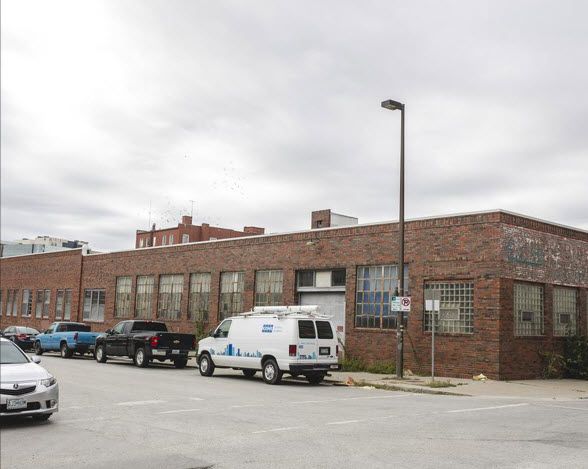 A Detroit-area developer is planning a $72 million downtown redevelopment project that will include 293 luxury apartments plus a restaurant. 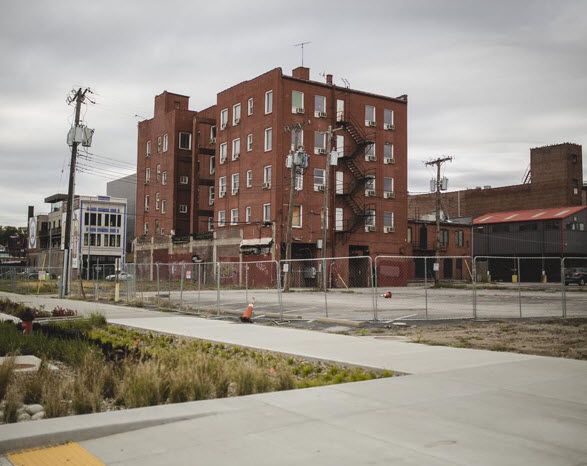 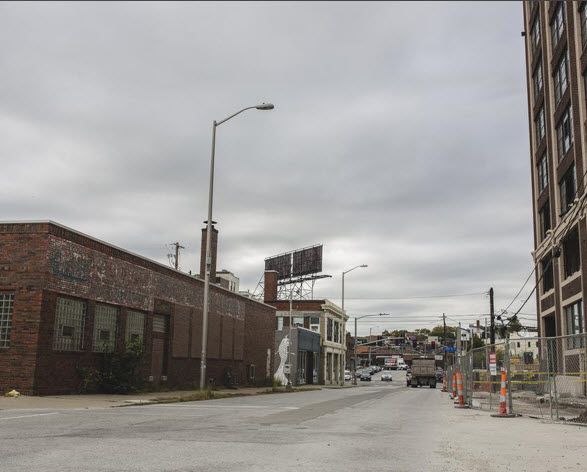 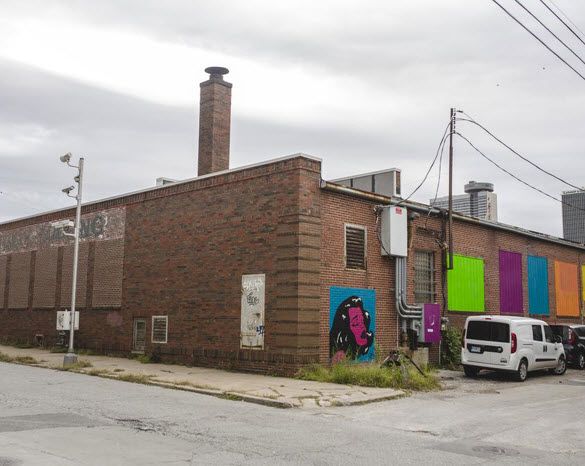 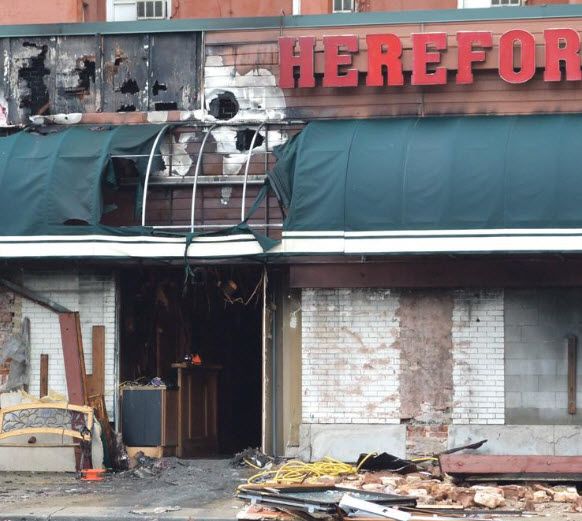