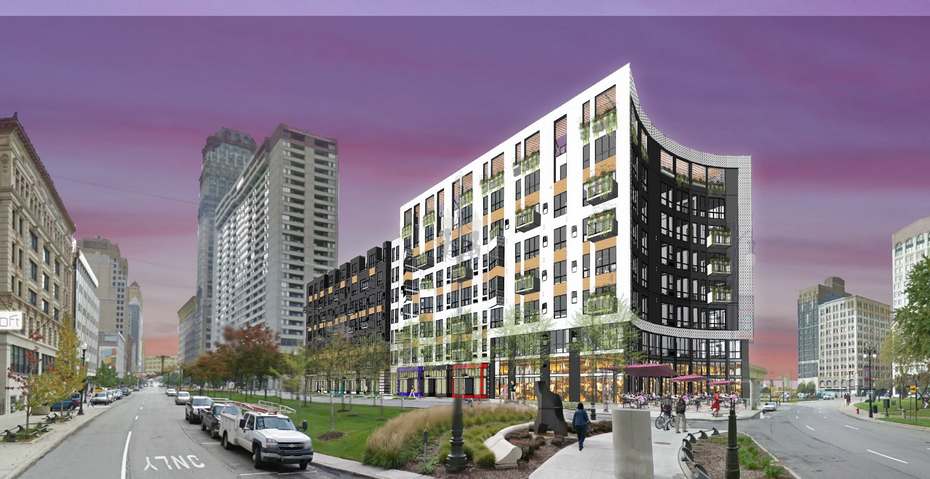 In 2005, the historic 18-floor, 800-room Statler Hotel was torn down, leaving one of the most exclusive corners in downtown Detroit vacant. Now, over a decade later, a new mixed-use development has broken ground at the corner of Washington Boulevard and Park Avenue.

The new $70 million mixed-use community will feature amenities such as movie theaters, social programming, valet parking, 24/7 concierge services, an entertainment club room with a gourmet kitchen, and wellness and exercise rooms. An indoor/outdoor pool and hot tub will connect to a private park and a dog park will also be available to residents.

The residential units will feature exclusively manufactured cabinetry and fixtures. Additionally, advanced and high-speed fiber technologies will be incorporated into the buildings.

20% of the apartments will be affordable. Furnished short-term rentals will also be offered. The apartments and penthouses come in four distinct finish packages and are available in studio, convertible, one-bedroom, and two-bedroom units.