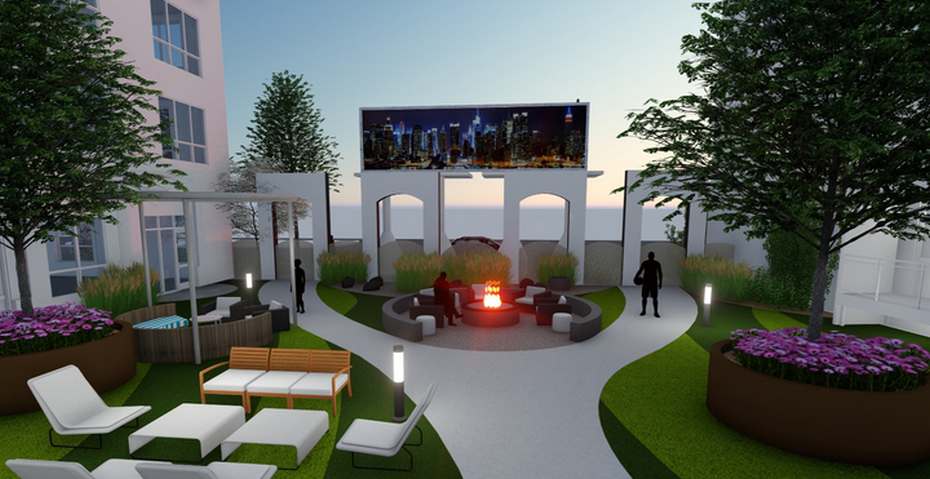 A developer plans to hold a ceremonial groundbreaking Thursday for an apartment and retail complex in downtown Detroit, where one of the most opulent places in Detroit to get a room, the Statler Hotel, once stood.

The project, now named City Club Apartments CBD Detroit, is among the latest new residential construction in the city — and another example of its revival.

The new development — at Washington Boulevard and Park Avenue — is expected to be at least seven stories, offer nearly 300 residential units and more than 10,000 square feet of retail.

"We have begun our preconstruction site work," Jonathan Holtzman, the CEO of City Club Apartments, said in October. At the time, he said he expected a groundbreaking within 30 days. "This is a location of great historical significance."

Downtown's rental market has been heating up since 2014, when the city emerged from bankruptcy protection.

That year, the Downtown Development Authority also agreed to the City Club Apartments development, which, at the time, was expected to include 200-250 units ranging from 400 square feet to 1,200 square feet on the site of the former Statler Hotel.

The development, initially dubbed the Statler City Apartments, is across from Grand Circus Park, and was expected in 2014 to cost an estimated $35 million to $40 million, with construction slated to begin in two years.

The Statler Hotel — an 800-room hotel that was built in 1915 and demolished, floor by floor, in 2005, after the building fell into disrepair — was once among the largest and most luxurious places to stay in Detroit.

A new apartment complex is set to be built between Washington Boulevard and Bagley Avenue near Park Avenue in Detroit. (Photo: Junfu Han, Detroit Free Press)

Historicdetroit.org, a site that tells the story of the hotel and other Detroit landmarks, offered some history:

Harry Houdini, a stage magician, stayed at the Statler in 1926, just before he collapsed at the Garrick Theatre and died.

In the 1950s, the hotel was sold to Hilton, and later renamed Detroit Hilton Hotel.

In 1969, Hilton sold the hotel, and by the mid-'70s, its occupancy rate had dropped off and it owed thousands in back taxes. The city foreclosed on the property in 1979. In the 1990s, it was considered as a candidate to become a casino.

But, after years of unsuccessfully looking for a buyer, it was torn down.

"It’s unfortunate that the beautiful building was torn down in 2005," Holtzman has said about the Statler Hotel. "But, we plan to celebrate and honor this location’s great history by building a world-class mixed-use high-rise apartment community in the city of Detroit that will be nationally recognized for its architecture, design, amenities, service, technology and sustainability."