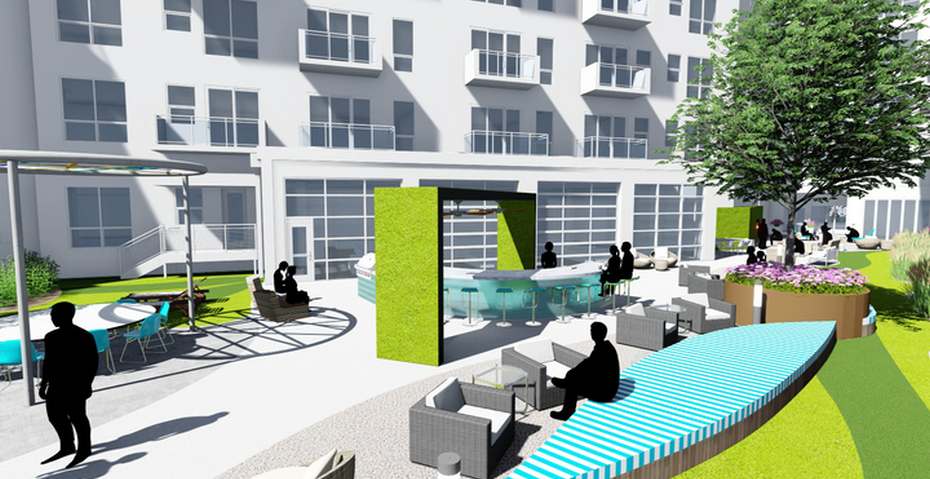 Detroit — A boutique hotel-style lobby with 24/7 concierge, a gourmet market, pet store and restaurant are among the amenities planned for an apartment complex on the former site of Statler Hotel.

Officials held a ceremonial groundbreaking Thursday afternoon for the upcoming City Club Apartments CBD Detroit on Washington Boulevard in the city’s downtown. The event took place at the David Whitney Building, which is across the street from the site where construction began in September.

“Four years ago, it seems inconceivable that someone was building an apartment building from the ground up,” Mayor Mike Duggan said.

It was City Club Apartments’ CEO Jonathan Holtzman who took the lead on such a project when the idea seemed more speculative, he said. Duggan joined Holtzman and City Council President Brenda Jones on Thursday to mark the progress.

The City Club Apartments CBD Detroit will have 288 apartments and penthouses and 13,000 square feet of street-level retail space. Furnished short-term rentals will also be available when the building opens in late 2018. The project is expected to be complete during the second quarter of 2019. CBD stands for Central Business District.