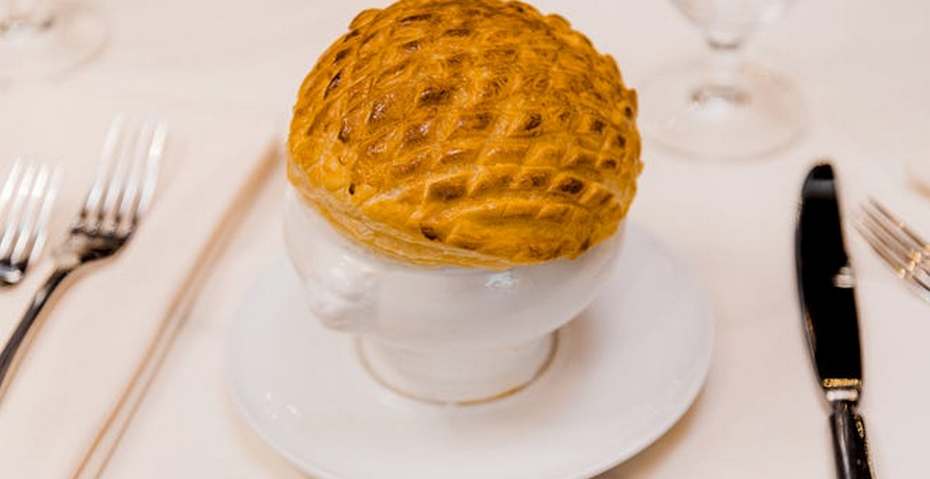 The newest restaurant set to debut on Thursday in downtown Detroit is the Statler French-American Bistro.

From the Joe Vicari Restaurant Group (JVRG), the Statler will occupy half of the ground floor of the City Club Apartments CBD in downtown Detroit.

The restaurant is located on the corner of Washington Boulevard and West Grand River. It’s named after the historic Statler Hotel that once occupied the site.

Inside the Statler, there is seating for 165 amid décor with a European flair, according to a news release. An outdoor patio will seat 125. The patio will be open, weather permitting, with portable heaters and fire pits, year-round, with views of nearby Grand Circus Park and the Detroit skyline.

A glance at the online menu billed as a modern take on bistro classics and contemporary twists on French cuisine, lists familiar classics. There are hors d'oeuvres of steak tartare, foie gras and country pate. On the entree side are steak frites (steak and fries), Coquilles St. Jacques. a scallop dish in wine sauce, and Bouillabaisse Provence, a French seafood stew. Other menu highlights are endive and red wine-poached pear salad with whipped chèvre and candied walnuts, steak au poivre, and shrimp Dijon. A Fromage du jour is a tasting of a selection of cheeses served with dried fruits, honeycomb, and lavash crackers.

Along with the bistro is a market set to offer groceries and packaged meals to take home or eat at one of the market's bistro tables. The market is expected to open in the next few weeks. Brewed coffee and espresso along with freshly baked pastries will also be available in the market.

“The Statler Bistro will bring an elevated and unique dining experience to the city in a distinctive atmosphere with an exceptional menu and bar,” Joe Vicari, president of the Joe Vicari Restaurant Group said in a news release announcing the opening. “We are excited to be opening this new concept restaurant in the city of Detroit and look forward to opening our third restaurant in the city.”

First announced in September 2020, this is a new concept for Vicari’s restaurant group.

The Statler French-American is the third restaurant in Detroit for the JVRG which now has 22 restaurants in its portfolio. It's also the fourth restaurant the JRVG, widely known for its Andiamo Italian restaurants, that opened this year. The restaurant group opened Barleycorn's Public House in Shelby Township, the Birmingham Pub in Birmingham, and the Bronze Door in Grosse Pointe Farms this year.

The Statler French-American Bistro at 313 Park, Detroit; hours are 4-10 p.m. Monday tthrough Thursday and 4-11 p.m. Friday and Saturday. A Happy Hour is 4-6 p.m. Monday through Friday. Expected to start up in 2022 is weekend brunch and Sunday hours.