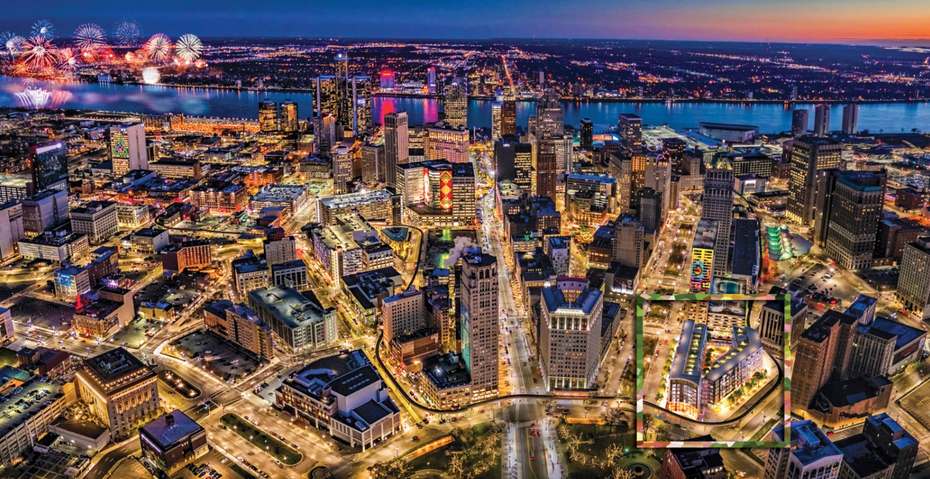 Building improvements have been widely documented during this era of downtown Detroit’s resurgence—how about the infrastructure underneath it? Detroit has many underground parking structures in varying degrees of functionality. As more people come downtown—and many drive—the condition of the structures becomes important as the city moves forward.

The 790-space underground structure at Grand Circus Park will undergo renovations, according to a recent press release. A partnership between the Roxbury Group (who redid the David Whitney Building and are currently restoring the Metropolitan Building), Pike Pointe Parking LLC, and Premier Parking will form Grand Circus Holdings. The group will lease and operate the structure, as well as form a non-profit conservancy to take care of the historic park above it.

“The Roxbury Group is dedicated to the Grand Circus Park district and to helping give the residents and businesses of our neighborhood the service and amenities that they deserve,” said David Di Rita, a principal of Roxbury. “We are committed to conducting these important improvements to ensure the Grand Circus garage will fully serve the needs of our community, and to the long-range improvement of this historic public space”

The group is entering into a 30-year lease for the structure, which is owned by the city, and renovations to it will take about 18 months.

The structure services both residences and workers in nearby buildings, including the David Whitney Building and the Kales Building. It is sometimes open for the general public.

The current buildings surrounding Grand Circus Park include the Kales Building, the facade of the Fine Arts Building, the Fife Building, Broderick Tower, the Detroit Opera House, Comerica Park, and Central Methodist Church. The park’s most notable features today are the statue of Hazen Pingree, a small dog park, the Edison Fountain, and the Millennium Bell.