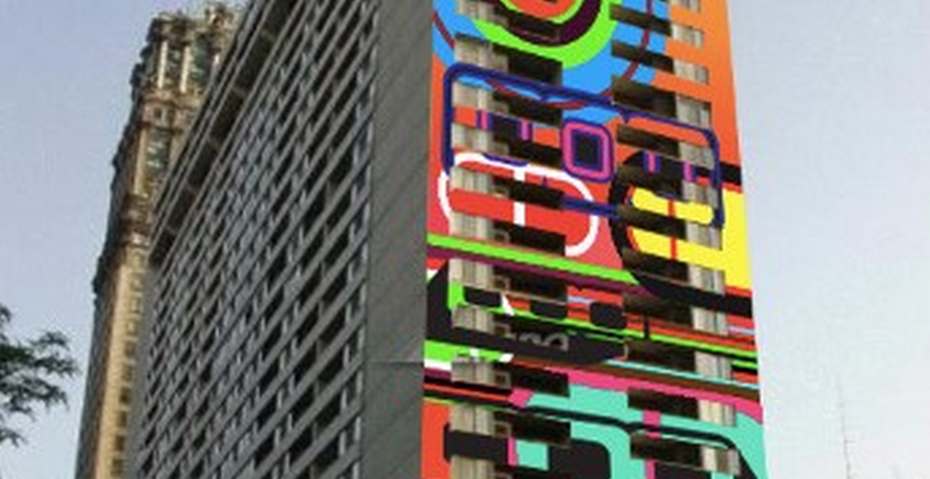 A new mural will 'rise' at Detroit City Club Apartments

A Brutalist building in downtown Detroit is about to get a colorful makeover. First reported in the Detroit Free Press, a new mural by acclaimed artist Beverly Fishman will soon go up on the side of Detroit City Club Apartments.

The new mural called “Rise” will be 170-feet-tall on the north side of the building, which will face the under-construction City Club Apartments at the old Statler Hotel site. Detroit City Club Apartments is also next to the Book Tower, also currently undergoing a significant renovation. 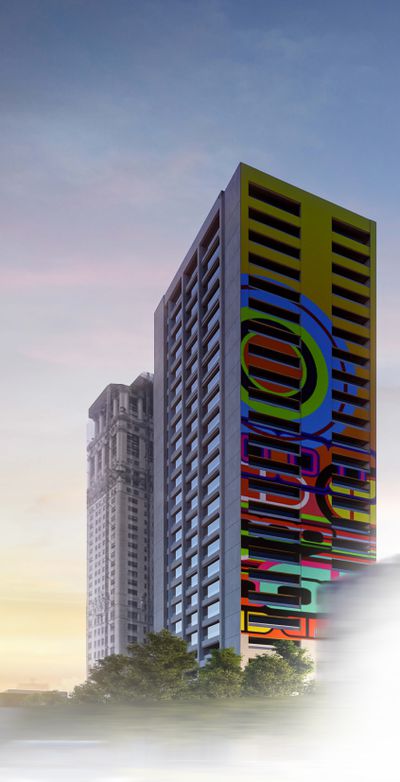 The Free Press states that the mural will be painted by Motown Sign and—depending on the weather—work should start in the next ten days.

Fishman, Artist-in-Residence and Head of the Painting Department at Cranbrook Academy of Art, says, “The mural’s design is inspired by my interest in Detroit as a center of cultural and industrial innovation. Machined forms collide with colors that evoke both natural and electronic lighting. The mural’s rhythmic repetitions, designed to achieve a counterpoint with the building’s horizontal balconies, are inspired by the techno pulse of the city’s electronic music scene--as well as the echo of its assembly lines.”

Once started, the new mural will take about four weeks to complete with 100-150 gallons of paint.