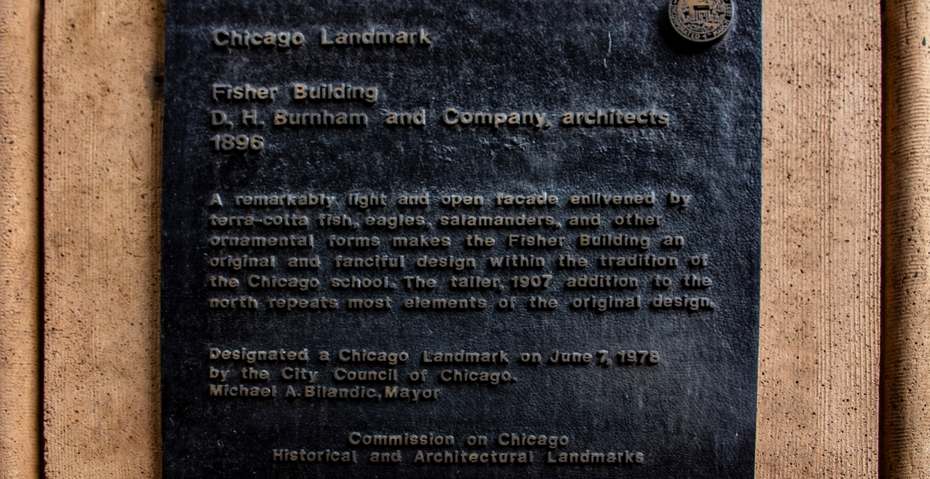 The Fisher Building is 20-story, 275-foot-tall (84 m) neo-Gothic landmark building located at 343 South Dearborn Street in the Chicago Loop community area of Chicago. Commissioned by paper magnate Lucius Fisher, the original building was completed in 1896 by D.H. Burnham & Company[2] with an addition later added in 1907.[3]

At the time of its completion, the building was one of two buildings in Chicago that was 18 stories or greater, the other being the Masonic Building (which was 21 stories tall). To this day, the Fisher Building is the oldest 18 story building in Chicago that has not been demolished. The Masonic Temple, while taller and older, was demolished in 1939.[2]

Though a project of D.H. Burnham & Company, the original structure was designed by Charles Atwood. In 1906, an addition on the northern side of the building raised it from 18 to 20 stories. A former employee of the Burnham firm, Peter J. Weber, designed and oversaw the building's addition which was completed in 1907.[4]

The Fisher Building features terra-cotta carvings of various aquatic creatures including fish and crabs. In addition, there are eagles, dragons and mythical creatures depicted on the facade as well.[5]

Currently owned and managed by Village Green Management Company, the building houses apartments on floors 3–20 and commercial stores on the first and second floors.

The Fisher Building was designated a Chicago Landmark on June 7, 1978,[5] and was added to the National Register of Historic Places on March 16, 1976. 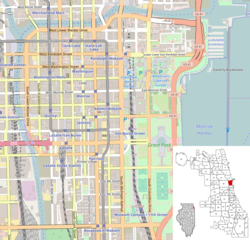