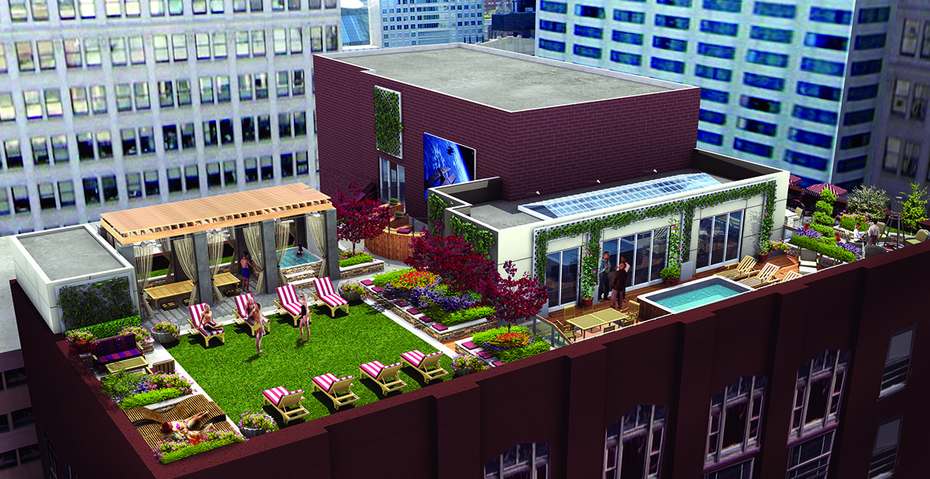 63 E. Lake St. was an office property until it was converted into apartments in 2006.

After fighting in court over the value of a Loop apartment building they own together, two investors have settled on a price and parted ways.

A venture led by Michigan investor Jonathan Holtzman has bought out its partner, an affiliate of New York-based Bluerock Real Estate, in MDA City Apartments, a 190-unit vintage building at 63 E. Lake St. The deal values the property at $69.8 million, or $367,000 a unit, said Josh Hoffman, Bluerock's senior vice president of operations.

The Holtzman venture sued the Bluerock entity in January after the two sides failed to agree on a buyout price. The lawsuit accused Bluerock of violating an agreement establishing rules on how to value the building. Holtzman's appraiser said it was worth $59.4 million, while Bluerock's appraiser said it was worth $75.3 million. The two sides disagreed over the appointment of a third appraiser, triggering the lawsuit.

But the partners made peace—the lawsuit was dismissed July 18, according to Cook County Circuit Court records—and Bluerock sold its stake to Holtzman's group, which includes Chicago investors Wayne Moretti and Ron Benach.

The $69.8 million figure represents a 27 percent increase since December 2012, when a real estate investment trust managed by Bluerock bought its 56.5 percent stake in MDA at a value of $54.9 million. Downtown apartment values have risen the last several years amid high occupancies and increasing rents, though the market is cooling due largely to a construction boom that's adding several thousand units to downtown.

Built in 1927, the MDA building was an office property until Holtzman converted it to apartments in 2006. Holtzman is the former CEO of Village Green, a Farmington Hills, Mich.-based apartment landlord, who left last year to start a new company, City Club Apartments.