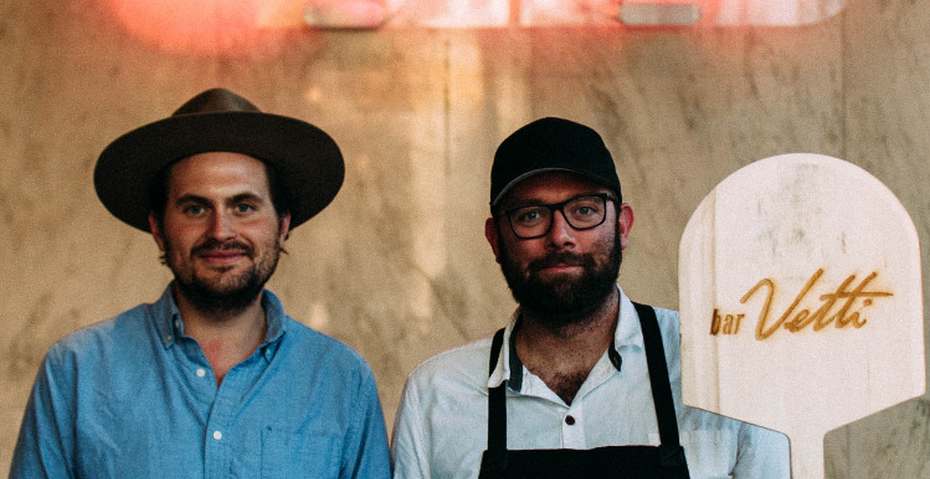 When the 800 Building opened in 1963, it was a modern marvel. Not only was the 29-story building Louisville’s tallest, it was cloaked in shiny aluminum and turquoise. But then the local real estate market took a turn. In the decades that followed, downtown dwellers began flocking to the suburbs.

The once stylish skyscraper began to look “dated” and appeared out of place compared to other towers that were popping up in the city’s central business district north of Broadway. Flash forward to today and a lot has changed. While the 800’s retro design remains the butt of many architectural jokes, no one is laughing at its impressive recovery.

The building got a new lease on life in 2016 when it was converted to the upscale 800 Tower City Club Apartments. The multimillion dollar renovation included new amenities including an expanded rooftop deck and pool. And last October, the SoBro (South of Broadway) neighborhood got its first upscale restaurant when Bar Vetti opened its Italian concept on the ground floor.

The 1,800-square-foot eatery is the brainchild of restaurateur Ryan Rogers, founder of HiCotton Hospitality which operates the popular Feast BBQ and Royals Hot Chicken restaurants.

“For us, being pioneering and getting into neighborhoods early is all we’ve done,” Rogers told Louisville Business First last fall before the opening. “That’s what we know how to do. When we opened Feast in New Albany, we took a vacant building that had been empty for years.” (Rogers has since announced the closure of Feast in New Albany).

He collaborated with Minneapolis-based Shea Design to assist with the décor, which is minimalist and simple. Floor-to-ceiling windows flood the space with natural light, while a large pink neon bar Vetti logo glows from a white marble wall. The restaurant offers a creative menu with diverse drinks and
nuanced selections for breakfast, lunch and dinner. The food is made with reverence for the Italian tradition of cooking seasonally and prioritizing locally grown ingredients as much as possible. The pizza dough and pasta is made fresh in-house.

Rogers told Business First that “letting go of control” was the most difficult part of opening Bar Vetti. He worked on the concept with Andrew McCabe, formerly the chef at HiCotton’s Royals Hot Chicken. McCabe is Bar Vetti’s executive chef and an equity partner in the venture. The restaurant employs more than 20, and if you go, here’s something to note: there’s a “no-tipping” policy. That’s because the restaurant pays its staff “well above minimum wage,” Rogers said.