Back To Articles
7/31/2017 Downtown's newest apartments to offer dozens of choices, 'sexy bathrooms'

The nearly $70 million transformation of the former 309 Vine building from offices to 294 luxury apartments, 45,000 square feet of class A creative office space, streetlevel retail, and restaurants is nearing completion.

“What Cincinnati needs is this building,” Holtzman said.

To get a look at some renderings of City Club Apartments/CBD Cincinnati, click on the images above.

Holtzman sees a shift in demographics and the way people live. Baby boomers, who previously had houses in the suburbs with their kids, are now empty nesters selling those homes to move to the city.

On the other end, millennials are not buying houses as early as previous generations and many need to rent, again a new trend. In the middle, Generation X is delaying getting married, having children and becoming homeowners. And Holtzman said this is happening in all cities, resulting in a need for rental units for a range of renters.

“The amount of choices is almost overwhelming,” he said.

And those sexy bathrooms? Holtzman said they include 36-inch soaking tubs with custom rain showerheads with hand
massage that would be perfect for a bubble bath.

A full-time leasing center is now open in the building at 309 Vine St. The first occupancies are planned for the end of October. The project is expected to be complete by the end of February 2018.

Holtzman expects residents to range from recent college graduates who’ve landed their first job to corporate executives who need a furnished apartment to baby boomers who want a penthouse in the summer and will go to Florida in the winter.

City Club Apartments also emphasizes the common areas in a way Holtzman said Cincinnati has never seen. Building amenities will include 24/7 concierge, a music room, a movie theater, an exercise room, a wellness room and a business center. All of these areas will be accessible 24/7, Holtzman said. The level of service for residents will be closer to a hotel than other apartments, Holtzman said.

On the first floor, Holtzman is working to bring a coffee and wine bar. On the rooftop, he plans to have a restaurant and bar. Also in the building would be a specialty market. The developer plans to keep a portion of the building as office space. Holtzman described it as class A creative space.

While portions of the building will be for residents only, Holtzman said the broader community will be able to access parts of it, such as the market, the rooftop restaurant and the wine/coffee bar.

Holtzman’s interest in Cincinnati goes back to 1985, when he managed buildings for Cincinnati real estate developer and philanthropist Manny Mayerson while working for Village Green, a company his grandfather started 100 years ago in Farmington Hills, Mich. But his involvement as an owner/developer didn’t come to fruition until he saw Cincinnati’s current redevelopment begin to take shape. He was drawn by the changes taking place from the riverfront up to Over-the-Rhine.

The company is owner/developer of approximately 10,000 apartments in 30 apartment communities.

Holtzman is looking to take the City Club Apartments model from the Midwest to the East Coast, then to Europe and Asia.

“This is a very important building for us. It represents what we believe the future is,” Holtzman told me. 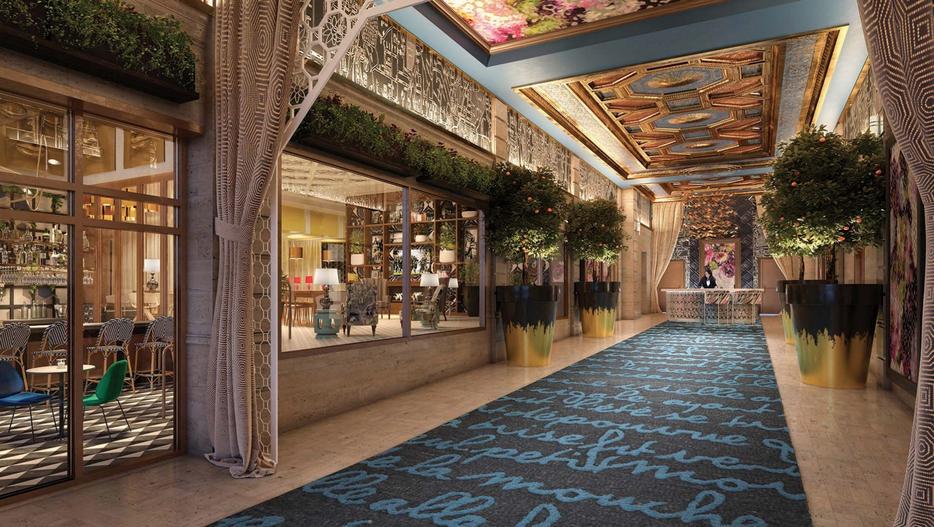