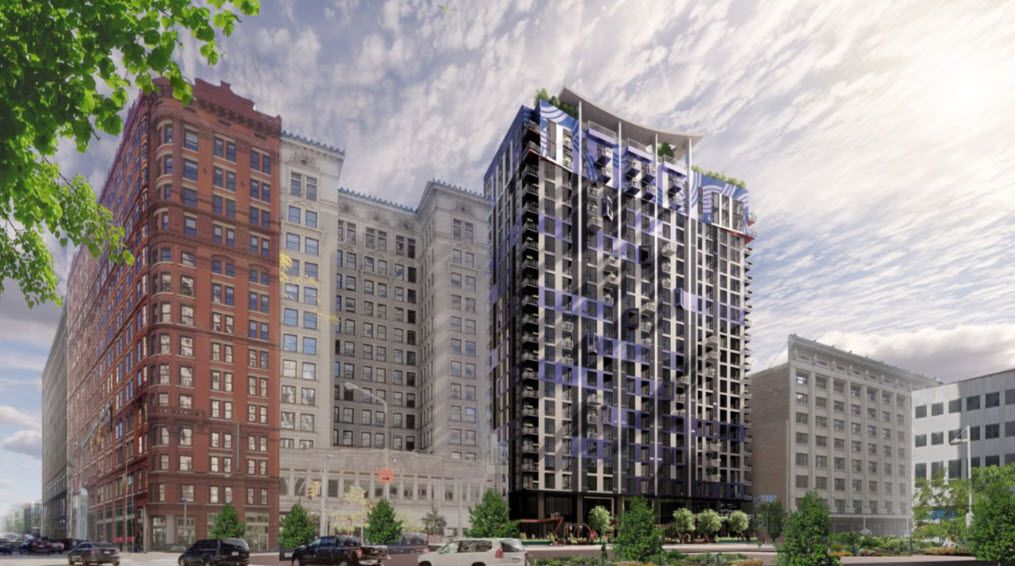 The Cleveland Planning Commission on Friday gave its OK to the construction of the City Club Apartments building downtown. (Submitted by Vocon)

The projects come as demand for higher-rent apartments in downtown Cleveland has started to soften along with the rest of the economy. However, developers think there is enough demand to keep building.

The most high profile project the commission OK’d during is the virtual meeting is likely the City Club Apartments building, set for construction on the south side of Euclid Avenue west of East 9th Street.

The Michigan-based City Club Apartments company developing the building is not affiliated with the City Club of Cleveland, though the new building will be next to the civic organization’s headquarters.

The building will sit on the site of the former Hippodrome Theater, demolished in 1981 to make way for the parking lot currently on the property.

The plans include more than 300 units, about half of which would be studio apartments. The units would range in size from about 405 square feet to 1,400 square feet and go up to three bedrooms, though CCA’s CEO has said he sees a demand for smaller, less expensive apartments for young professionals.

The ground floor would include retail, and the developer hopes to put in a dog daycare, a restaurant and a coffee shop. Denver Brooker, principal of the Cleveland architecture firm Vocon, which is designing the project, told a design review committee Thursday that CCA wants to start construction in November.

CCA and Vocon have tweaked the design, which will stick out of the skyline with its swaths of blue and orange on the façade, since introducing it earlier this year. This includes adding a walkway between the building and a parking garage.

Commission member August Fluker said Friday that he initially “was not in love with the blue splotches of color and orange, but I think it’s grown on me. 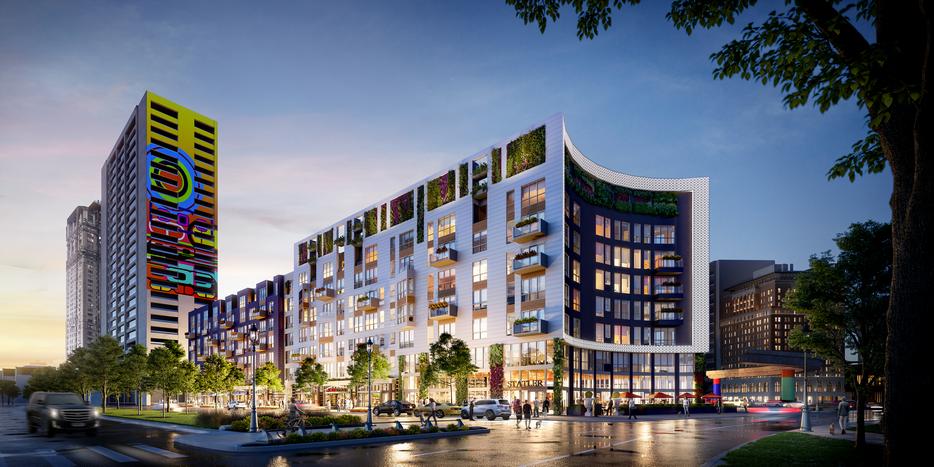 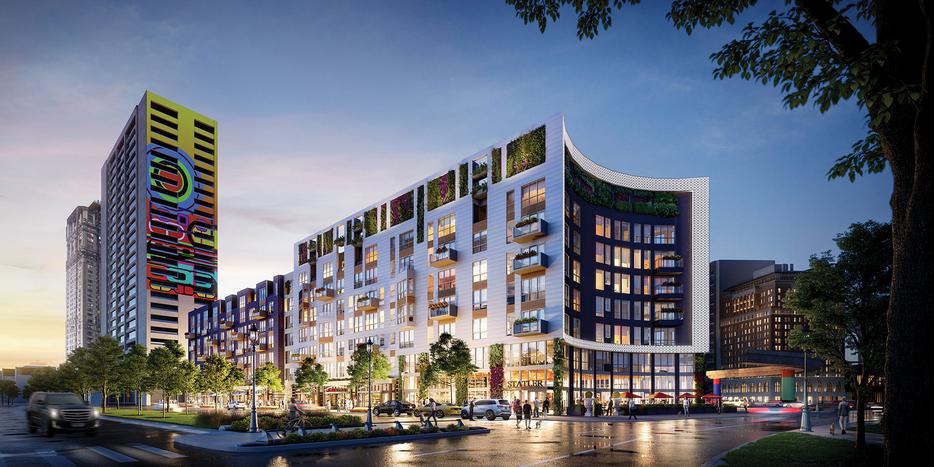 9/11/2020The Statler Bistro, a new restaurant and market, is coming to downtown Detroit's City Club ApartmentsRead This Article
Website and SEM by Spherexx.com © Copyright 2020 Privacy Policy Sitemap Do Not Sell My Personal Information