CLEVELAND, Ohio (WOIO) - The City of Cleveland’s Planning Commission has given the thumbs up on a proposal which would add another new building to the city’s skyline.

The project is called “City Club Apartments.” Designers say the goal is to attract more young people to the city.

On Friday, the commission gave the project conceptual approval. There are still a few steps in the approval process to make the project a reality.

The plans were first presented Thursday by the design company, Vocon.

Design Director, Jodi Vanderwiel says, “Really bringing that demographic in that is those recent grads to really begin to give vibrancy to the downtown Cleveland zone.”

Right now, the site at 720 Euclid Avenue is available for development. It’s situated near CVS just a block west of Heinen’s on East Ninth.

The proposed 23 story building would be a mixed use building with retail and 313 apartments. Over 50 percent will be studio or nano units.

“Given the price for rental is much lower than what we currently have in Cleveland is we don’t have a lot of studio or nano units in the city so what it’s doing is units are getting smaller and amenities are getting larger,” said Vanderwiel.

A large two story lobby space, a pool on the roof, and doggie daycare are also part of the plan.

“It really is the future if we want to retain young talent and our urban core that we need to provide a product in which they can thrive and really build that sense of community,” said Vanderwiel.

Vanderwiel says the outside of the building is just as important. She said, “We really want to begin to occupy that street scape and have that interaction from exterior to interior.”

19 News will keep you posted on any new developments in this potential new project. 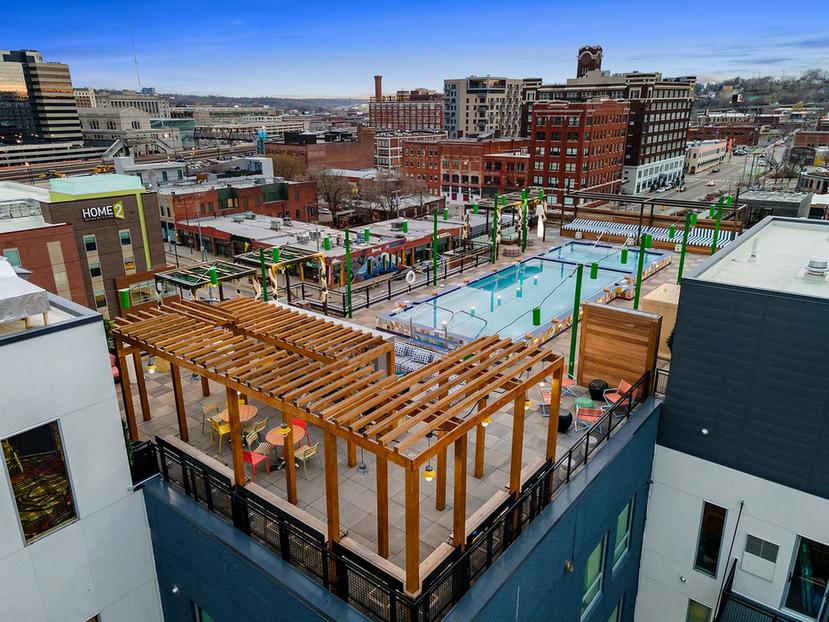